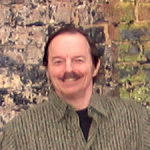 I had pretty much given up on “traditional” beers – you know – those tasteless, bland, boring concoctions sold to the masses. And then I discovered it! A craft beer IPA – India Pale Ale – that had REAL taste, flavor, and aroma! So, naturally, I thought, is there this much difference between ALL craft beers and their mass-produced cousins?

Quickly I sampled a few dozen different craft beers, and there certainly was a real difference. Craft beers overall were definitely better, different, tasty, exciting! My experience as an amateur pastry chef caused me to think of a connection between the hand-crafted, artisan brews, and chef-made pastries – and the connection between the mass produced beers and Twinkies. Okay, I know some of you love Twinkies, but it made the comparison work, didn’t it?

It didn’t take too long for me to start thinking, “I can make some of these, and even create my own recipes!” So, after my customary extensive research (an inborn necessity inherited from my research scientist dad) I bought a home brewing kit, and all the necessary ingredients to get started.

After experimenting with recipes from others, I began also to put together my own original recipes. Today, I enjoy developing perfect craft brews in whatever style has currently seized my imagination. And I haven’t forgotten my inspiration! All those wonderful tasty treats known as craft beer are out there, just waiting to be sampled.

You can do the same! Enjoy Black Bucket Brew InBox Magazine!

Update: Black Bucket Brew won a Gold medal for my Foreign Extra Stout in the Alabama Brew Off! My first contest entry and first win. Satisfying after so much trial and study. You can make great beer too! Keep on reading here, practice and make it happen for you!!!

James Roberts, aka Dr. Fermento, is a fourteen year contributing columnist to the Anchorage Press where his weekly beer article appears each week.

Fermento also writes a bi-monthly beer article about Alaska in the national Celebrator Beer News and has been doing so for seven years.  He is currently the president of the Brewer’s Guild of Alaska. 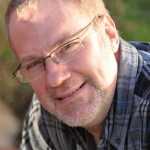 John’s wild imagination, unorthodox inventiveness, and offbeat sense of humor, combined with a natural ability for storytelling and a strong artistic talent, constantly surprises and entertains those around him.

An interest in creating videos, and in the technical aspects of media and communication, led him to a long-term career in television. In college, he began working at television stations, working his way up as he became an indispensable asset behind the scenes in the television world. Throughout his stint in the television business, he continued to study a variety of interesting and unconventional topics, with an eye toward eventually writing a series of books which would encompass his many areas of interest.

John is an almost-full-time, stay-at-home Dad, a freelance television producer, and is at last, almost finished with the emotional battle of writing his first book. Visit John’s website to read about The Watchers – a story that will entertain, fascinate, and frighten you – and give you reason to rethink the way you look at the world.

John lives in the Charlotte, North Carolina, area with his lovely wife, two brilliant children, and a stinky dachshund. 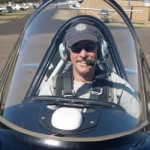 Terry is currently ensconced in Life version 3.3. In a previous version he was the manager of the Autodesk Premier Training Center for AutoCAD, and was a Drafting Technology Instructor and department chairman at Clackamas Community College in Oregon City, Oregon. During that time he also conducted workshops and gave lectures at national conventions, most often as a would-be standup comic. He kept his day job.

After harboring a lifelong dream of becoming a pilot, he fulfilled that vision in 2005, and now spends his textbook royalties boring holes in the skies above the Great Pacific NorthWet. After every successful landing, he is prone to consume any number of microbrews that are so prevalent in the Portland, Oregon, area. His mantra: “So many beers, so little time.”

He and his wife travel – extended beer tastings for Terry. Nary a trip abroad is complete without returning with at least one or two beer glasses, and as many beer mats that he can kipe from pubs and bars.

As an additional excuse to taste more local brews, Terry cuts firewood on his property and delivers it to the elderly and shut-ins. His goal is to clear the portion of the old Oregon Trail that cuts through his property, drive his pickup back and forth over it to create ruts, then set up a souvenir and hotdog stand for tourists. Anything to put the neighbors’ knickers in a twist.