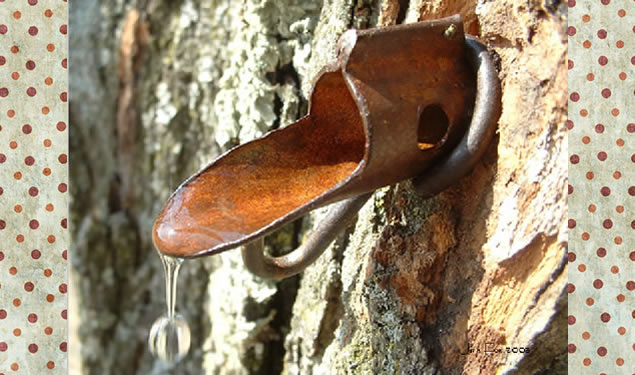 Vermont Maple Beer comes from the Green Mountains of Vermont, where Sean Lawson and his wife Karen, of Lawson’s Finest Liquids, hold a special place, not only in their community, but in the hearts and tastes of many New Englanders. They are Nano Brewers. A Nano Brewery – according to some definitions – is a 5 barrel or smaller brewery. (A barrel is 31 US gallons.)

So today, we indirectly highlight one of my favorite Vermont products – Maple Syrup. Yes, we’re talking about real maple syrup, which is my preferred choice for pancakes, waffles, and – it looks like soon will be – Vermont Maple Flavored Beer (ale), of which I’ve had a few. Lawson’s is not just any ale. Lawson’s Ale is actually made with real, authentic Vermont Maple Sap as a major ingredient. Its ingredients are maple sap*, barley (grown in Vermont), yeast, and hops – which may be Vermont grown too.

*The last Maple sap that is collected each season has a dark color and potent flavor – so potent that it has traditionally not been sold. Until several decades ago the farmers made it into maple ale for themselves and enjoyed it during the summer months.

Hey, using real Vermont Maple Sap makes it special! Not many craft breweries of any size can be awarded a “Beer World Cup”. Lawson’s was a Silver winner in 2012 and a Bronze medalist in 2010 in the specialty beer category of the Beer World Cup. Congrats to Sean and Karen!

Now, we just need to go to Warren Vermont and find some of their rare brew. There are currently making only about 375 22oz. (bomber size) bottles a year of their cask-conditioned Maple Tripple bottles. At just over 10% ABV – I guess I need to stand in line.